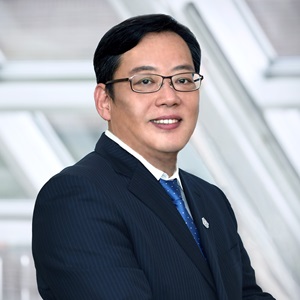 Tian Lixin was appointed President of CNOOC International in April 2022.

Mr. Tian holds a Bachelor of Geophysics from Peking University, Master of Applied Geophysics and a Doctor of Geological resources and geological engineering from China University of Petroleum. Prior to being appointed to this leadership role, Tian Lixin was Deputy General Manager and Chief Geologist of Shenzhen Branch of CNOOC Limited. Joining CNOOC in 1995, Tian Lixin has held various leadership roles at Tianjin Branch, CNOOC Ltd. including Director of Bohai Petroleum Research Institute, Director of Bohai Oil Field Exploration and Development Research Institute. Prior to becoming President of CNOOC International, Tian Lixin served as Executive Vice President of CNOOC International.